I’ve longed for a (hobby) home server for quite a while. So a couple of weeks ago I pulled the trigger and bought myself a Raspberry Pi. As soon as I received it I hooked it in and began my odyssey into the world of server administration and self-hosted services. I swiftly set-up a SSH server, SMTP mail server, reverse proxy, database, feed reader, and a bunch of home automation scripts. With all these services came a ton of configuration files that need to be backed up to a remote location lest I do something stupid and lose them. After all, I have a habit of tinkering around too much 🤷‍♂️.

The brains of the solution

I wanted a free and hackish solution, one that allowed me to use the tools I’m already familiar with. Most of the files I wanted to backup were text so I thought – why not use git! Using git would have the added advantage of version control, so I can go back to an older revision of my files – something very useful when I’m constantly fiddling with config files.

What about binary files?

I also wanted to backup my database dump. Since databases can get large quickly I decided to gunzip the dump file. Now I had a binary file that could become reasonably large over time and will be diff-ed and committed by git everytime I ran the backup script.

Git LFS to the rescue!

Git’s Large File System extension allows storing the binary files in a separate location and only committing the latest pointer to the file in the git repository. This way it’s much quicker to clone the repository back as only the last revision of the binary file is downloaded. Plus, the commits look cleaner ✨.

Putting it all together

Now that I had all the pieces figured out, I wrote a script that initializes the local git repository, runs rsync on a set of files and directories and pushes them onto Github. Then I set a cron job to run this script every hour and voila!

I’ve been using this for a couple of days now and I’m surprised by how well it works. Gives you peace of mind when all the inestimable parameters in your configuration files that you’ve meticulously tweaked over several hours are safely backed-up in the clouds. 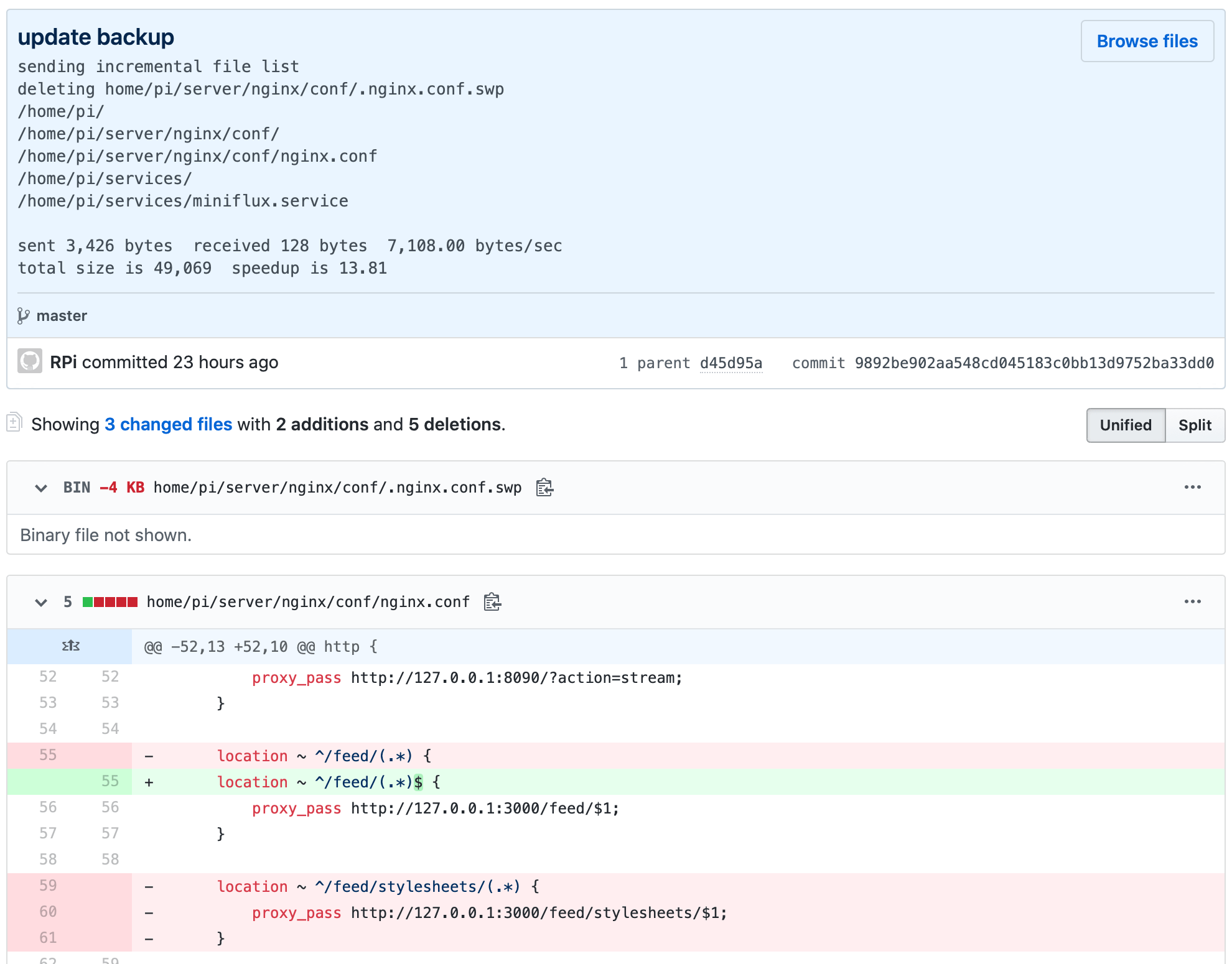